The CHF has moved almost parabolically against the JPY and is almost touching 150, which would mark a 40 year first.

With the Bank of Japan indicating its need to maintain current interest rate levels which are already among the lowest in the western world, the currency has been severely weakened. Statement that has come from some of its members indicate that there is no intention to adjust their Dovish policy even while the JPY continued to be smashed from pillar to post.

The CHF on the other hand been one of the stronger currencies outside of the USD as the countries, especially in recent months. With relatively low inflation and high volatility in the region the CHF has stood up well against most other currencies and been a source of stability. Therefore, the pair represents a trading opportunity by taking advantage of extremes of both a strong and weak currency.

The chart shows the pair has moved almost parabolically on the weekly timeframe. The price is currently at multi decade highs, with the 149.75 price the highest it has been since 1980. Whilst the 150 level is not a specific resistance point, it poses as a psychological level that may prove difficult to break out of. 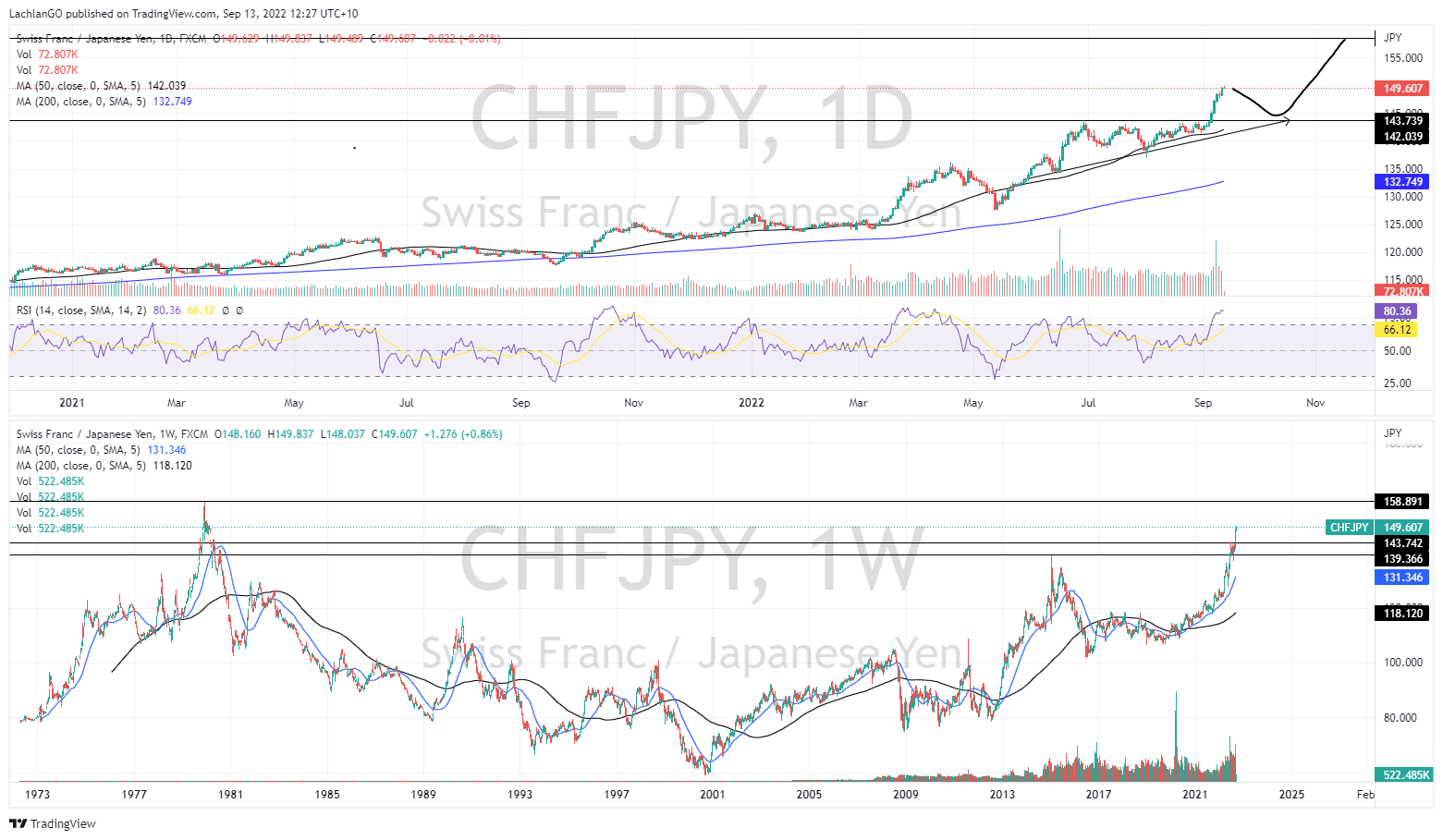 On the daily chart, the recent break above 140 required 3 months of consolidation before it broke above the level. Since then, the breakout has largely been without any retracement or pullback. Therefore, it would not be unexpected for the price to pullback, especially as it gets closer to the 150 level. The RSI is also supporting a pullback as it is in highly overbought territory at 80.  If it does retrace then it may bounce off the recent support level at 142/143, and then rise target of 158 may become possible.

If the Bank of Japan does decide to change its tune in regard to its dovish policy, then this trade does have the potential to go the other way with the JPY increasing in value very quickly, although at this stage there is nothing to indicate that this will occur.

The US market has been smashed overnight on the back of higher then expected inflation figures. There had been some hope that inflation pressure was easing and that interest rate hikes were beginning to have an impact, however the bulls were no where to be seen in last night’s trading session as both the CPI and Core CPI figures came in higher th...

An update on an article posted on the 1st of September regarding the US Dollar Index: https://www.gomarkets.com/au/featured/us-dollar-analysis-technic...