Wall Street ended in positive territory lifted by the financial and energy sector despite the reaffirmation from Washington to follow tariff plans on a list of $300bn of Chinese imports starting on September 1 and December 15.

All major US equities indices ended in the green. However, risk sentiment remains fragile amid recession fears and heightened trade tensions between the US and China: 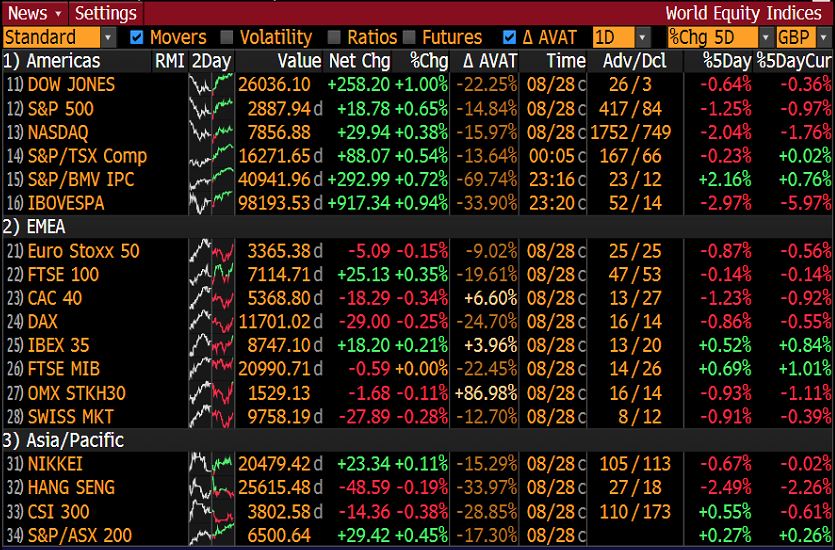 In the FX market, major G10 currencies were weaker against the US dollar. The British Pound was in the spotlight and emerged as the worst-performing currency as speculation on British politics mounts. 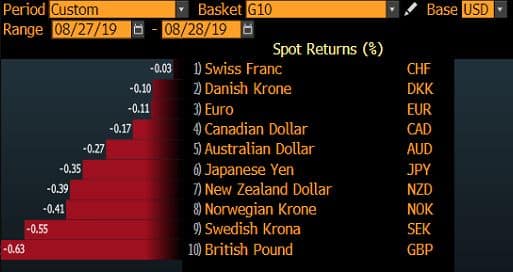 The Sterling dropped by more than 1% as Prime Minister, Boris Johnson is seeking to suspend Parliament next month. 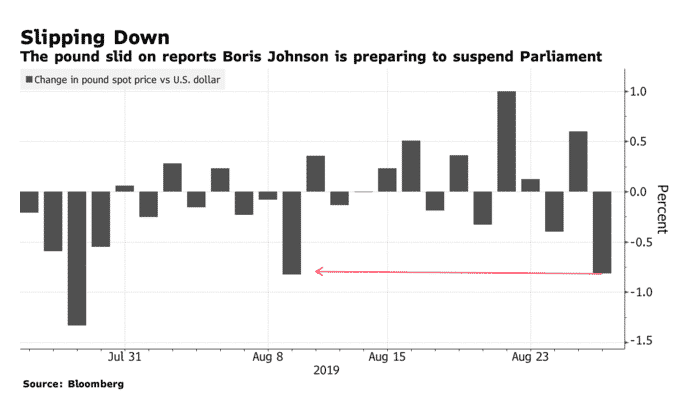 With a relatively empty calendar, the Antipodeans are struggling to find any upside momentum due to trade tensions and are mostly left at the broader sentiment of the markets. On the technical side, the AUDUSD pair appears to be trapped in a bearish trend in the short-term. 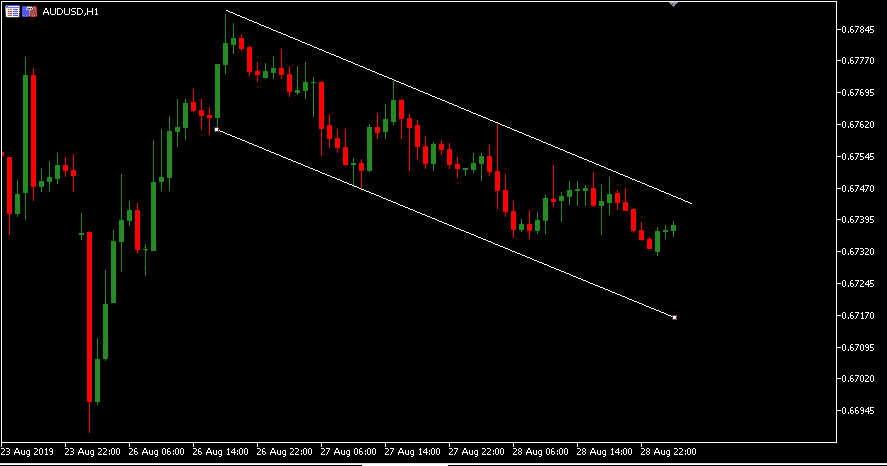 The Energy Information Administration (EIA) reported a much larger-than-expected draw in crude oil inventories. The US Crude Oil stocks decreased by a whopping 10 million barrels compared to a decline of only 2.1 million barrels initially expected.

Brent Crude and WTI rose above $60 and $56 respectively before retreating to the vicinity of $59 and $55 region.

Gold is swinging up and down as sentiment improves modestly. However, since the trade war remains a clear risk for markets and global growth, gold prices are trading above the $1,500 mark.

As of writing, the XAUUSD pair is currently trading at $1,539. 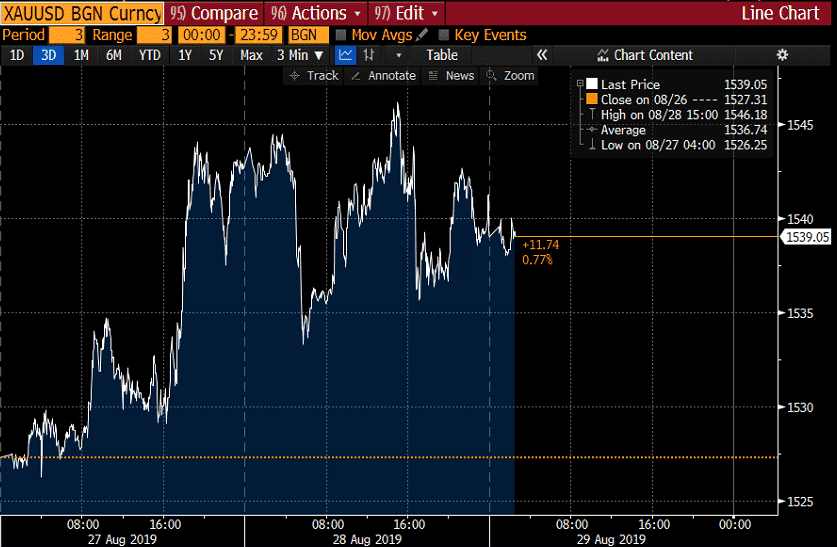 Cryptocurrencies were mostly in a sea of red yesterday. Bitcoin’s price slid more than $600 below a key support level of $10,000. There are no clear drivers behind the sudden dip, other than a breach of key support levels that could have fueled the sell-off.

As of writing, the BTCUSD pair is currently trading at $9,739. 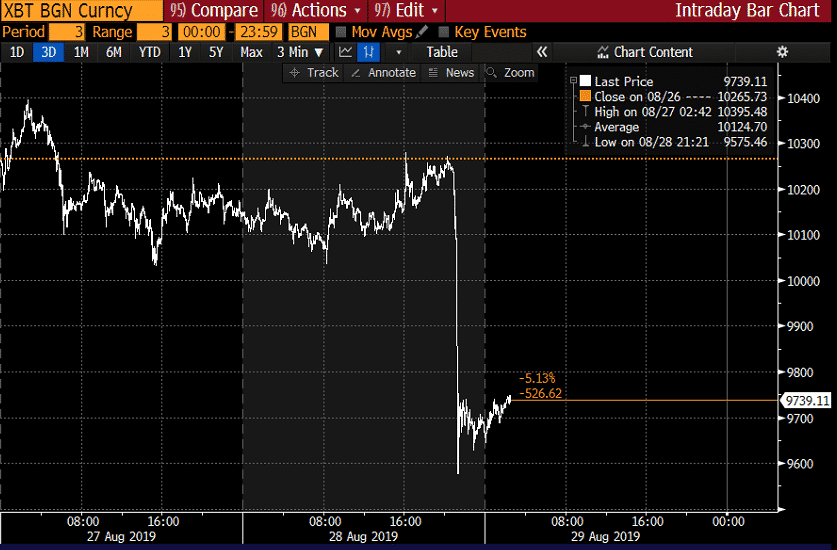 Next: August – A Challenging Month for Markets
Previous: Overnight on Wall Street: Wednesday 28/08/19