The US market has been smashed overnight on the back of higher then expected inflation figures. There had been some hope that inflation pressure was easing and that interest rate hikes were beginning to have an impact, however the bulls were no where to be seen in last night’s trading session as both the CPI and Core CPI figures came in higher then expected. The CPI figure was recorded at 0.1% which was higher then the expected -0.1% figure and core CPI came in at 0.6%, 0.3% higher than analysts were predicting. The figures have now pushed the bond market to predict a 20-30% chance of a 100-bps hike next week after being at 0% on Monday. This is compared to a 68% chance of a 75-bps hike which dropped from 91% on Monday.

The consequences of the inflated numbers was a brutal self-off on Wall Street with the Dow Jones, Nasdaq and S&P500 having their worst day in 2 years. The Dow Jones fell more than 1000 point to drop 3.94%, whilst the Nasdaq and S&P500 fell 5.16% and 4.32% respectively. 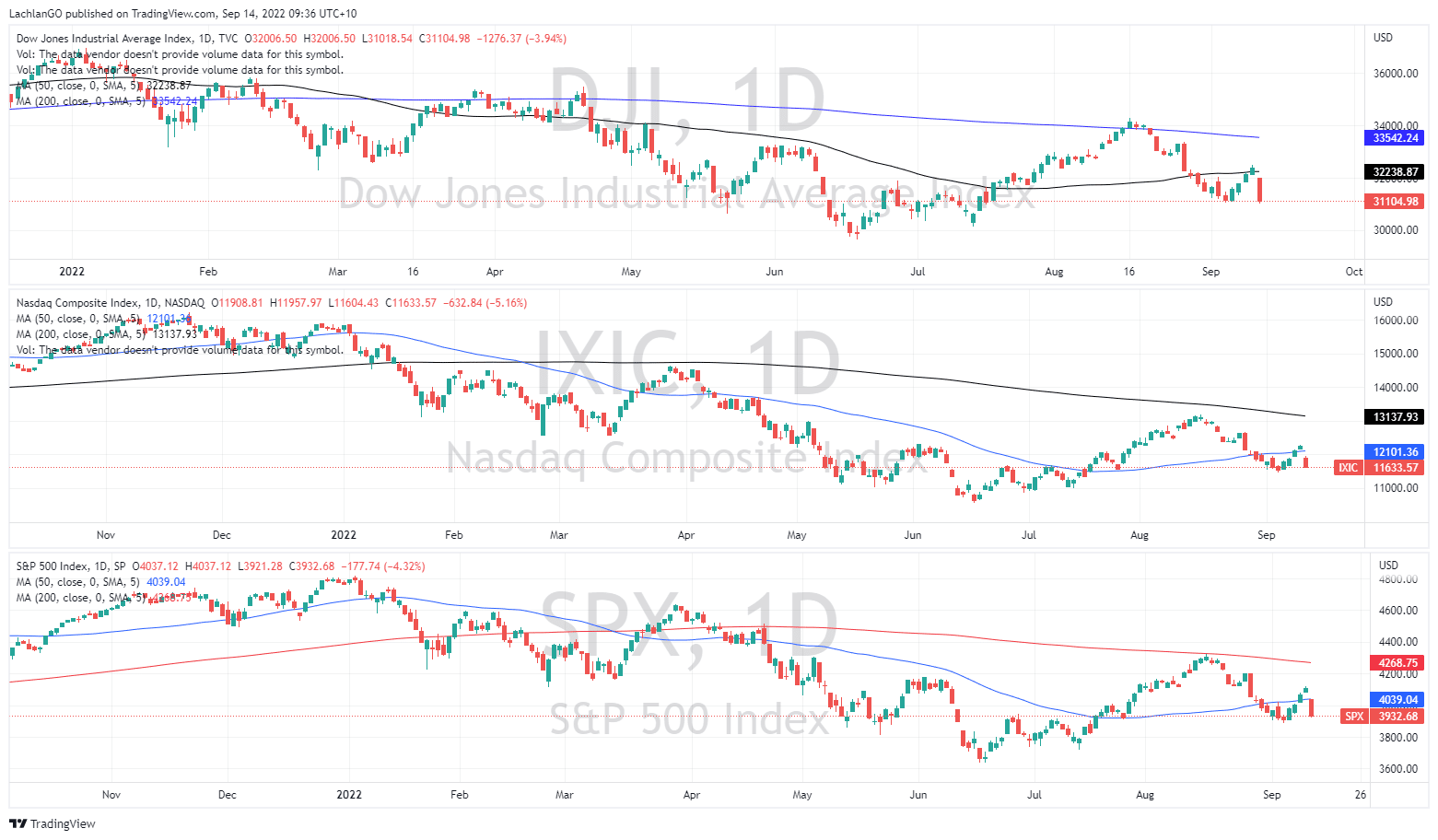 The impact of the figures also drove the USD higher. The index which is already at mutli-decade highs moved another 1.58% higher moving over $110. The USD strength showed against other currencies with the $AUD falling 2.29% and the EUR dropping 1.53%. The drop was also seen in the cryptocurrency sphere with Bitcoin falling nearly 10% whipping out its last week of gains. Commodities had an interesting session as the market was left unsure of which way to go. Natural Gas ended the day flat, and Brent fell just 0.63% as they showed relative strength.

All eyes will be looking forward to next week where the Federal Reserve will determine whether a 75-bps hike will still suffice or if 100 bps will be needed to stem inflation.

The NZDJPY like most currencies against the JPY has been in a strong uptrend for over 2 years. With the Central Bank of Japan remaining dovish in its monetary policy the currency has taken a beating against most other currencies and as other Central Banks have acted against rising inflation. The NZD has been able to take adva...

The CHF has moved almost parabolically against the JPY and is almost touching 150, which would mark a 40 year first. With the Bank of Japan indicat...