US Mid-Term Election Be Prepared! 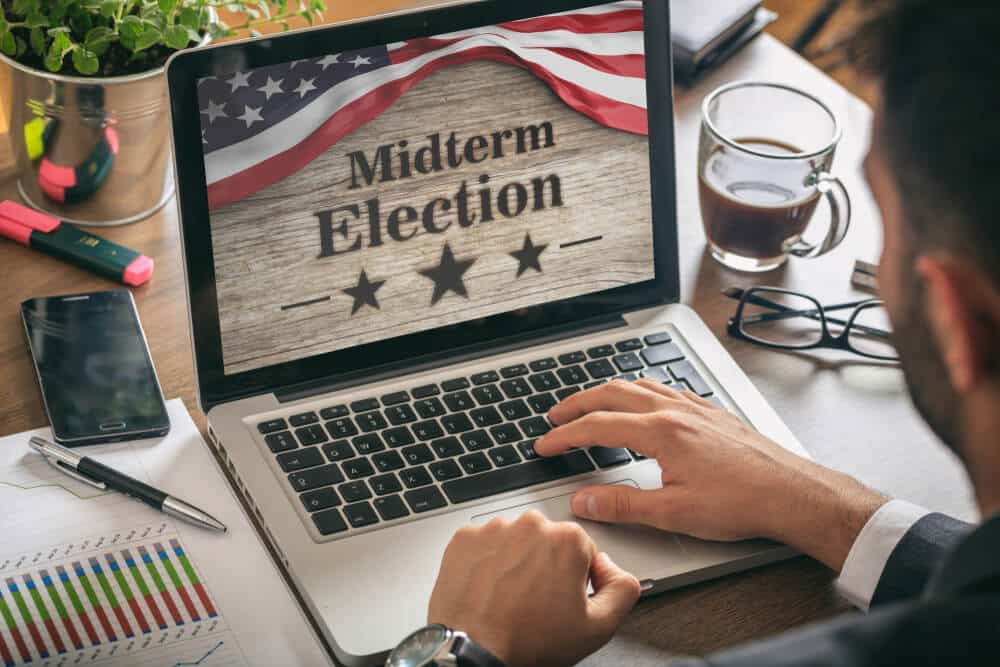 Why should you care?

There are two main consequences of the US mid-term election:

At the moment, the Republicans hold the presidency of the House of Representatives and the Senate. In simple words, there is one-party control in Washington. The mid-election can change this dynamic and make it difficult for both parties depending on the election results.

If the Democrats were to retake either the House or the Senate, they can potentially:

Similarly, the Democrats would also need Trump’s sign off to be able to legislate their own policies. This is not unusual as Barack Obama and George W Bush also faced such gridlocked for the mid-term election.

What matters the most this time is the fact that the markets will be able to see how voters are responding to a controversial and unconventional President. Typically, there is a muted turnout at mid-term election, but markets are anticipating more significant participation this year.

What does the US Mid-term election mean for the financial markets?

Trade tensions and a hawkish Fed are undoubtedly the biggest policy risks in the US at the moment, and the outcome of the election will likely affect the financial markets in one way or the other. Historically, the equity markets performed well after a mid-election but the impact of the election results this year might be different given the headwinds the markets have been facing.

A Democratic’s win (either House or Senate) could create panic as there will be concerns over political instability over a divided Congress or impeachments procedures. The country might face a legislative gridlock leading to a reduction in policy changes. Coupled with possible tax reforms, the win might spook the equity markets and dampened investors’ and business confidence. On infrastructure spending, there is a chance that both parties can find a compromise which might help some targeted sectors in the equity markets. If the Democrats were to win both the Senate and the House, it could trigger a much more significant sell-off in the stock markets.

A Republican’s win on the other side will likely boost US stocks as Trump’s administration might implement more tax reforms as promised during the mid-term election campaign. Investors are worried about the slow growth in earnings as so far robust earnings were mainly driven by tax cuts. Therefore, more tax reforms can boost profits. Otherwise, rising wages and borrowing costs will affect earnings growth. However, Trump might be empowered to maintain a harsher stance on the protectionism measures which can hurt stocks.

A hawkish Fed and the US dollar as a safe-haven have supported the strength of the local currency. Republicans’ policies have been pretty inflationary for the US economy. The economy is strong and more tax cuts, or spending will likely push inflation higher forcing the Fed to be more hawkish on the US inflationary outlook. The greenback will be a better bid compared to the other currencies.

Broadly speaking, a divided Congress will be harmful to its currency as Washington will be tied to a gridlock. There might be more government shutdowns due to non-agreement or political instability. On the other end, we also note that investors have been wary of rising deficit despite the US economic growth. The Democrats can therefore intervene in tax reforms and spending budget.

The Rest of the World

The US Mid-term election also matter to global investors. The trade policies by the Republicans have disrupted the global markets. Chinese stocks have fallen into bear territory and had spread across the Asian and emerging markets. Protectionism measures have changed the dynamics of the stock markets after a stellar year in 2017. We expect the outcome of the election to have the opposite effect on the rest of the world.

The US Dollar story emerged as the currency was bolstered by a strong economy, a hawkish Fed and the status of being a safe-haven currency. We have seen major currencies being driven mainly by the movement of the greenback. A Democratic win could help emerging currencies or rivals G10 currencies whereas a Republican victory could trigger some sell-off.

As per polls, it looks like there will be a divided Congress which is a very popular and usual outcome and it is mostly priced in. However, this year the most benign and best case scenario might lead to “Chaos” as Washington will be locked into a legislative gridlock and encountered heightened political risks with more investigations.

Non-Farms: US Jobs Numbers Are In

US Jobs Numbers Are In The Bureau of Labor Statistics have released the latest jobs report for September. Let’s take a look at the latest numbers. The total non-farm payroll employment increased by 250,000 the U.S. Bureau of Labor Statistics reported today versus the forecast of 193,000. Most significant job gains were in health care, in manufa...

On Monday, UK Chancellor Phillip Hammond announced its latest budget, which did not have a massive impact on Pound Sterling. Now that is out of the ...