It’s a new month which means the latest Non-Farm Payroll figures will be released this week by the Bureau of Labor Statistics. The data will be released on Friday 7th December at 13:30 PM London time.

Why is the announcement important?

Non-farm payroll is one of the most closely watched indicators and is considered the most wide-ranging measure of job creation in the United States. An increase in the non-farm payrolls would suggest rising employment and potential inflation pressure which would mean a potential rate increase by the Federal Reserve. A decline would suggest a slowing economy which would mean a decline in the interest rates more likely. The measure accounts for around 80% of the workers who contribute to the Gross Domestic Product.

In October, the total non-farm payroll employment increased by 250,000 the U.S. Bureau of Labor Statistics reported today versus the forecast of 193,000. Most significant job gains were in health care, in manufacturing, in construction, and in transportation and warehousing. 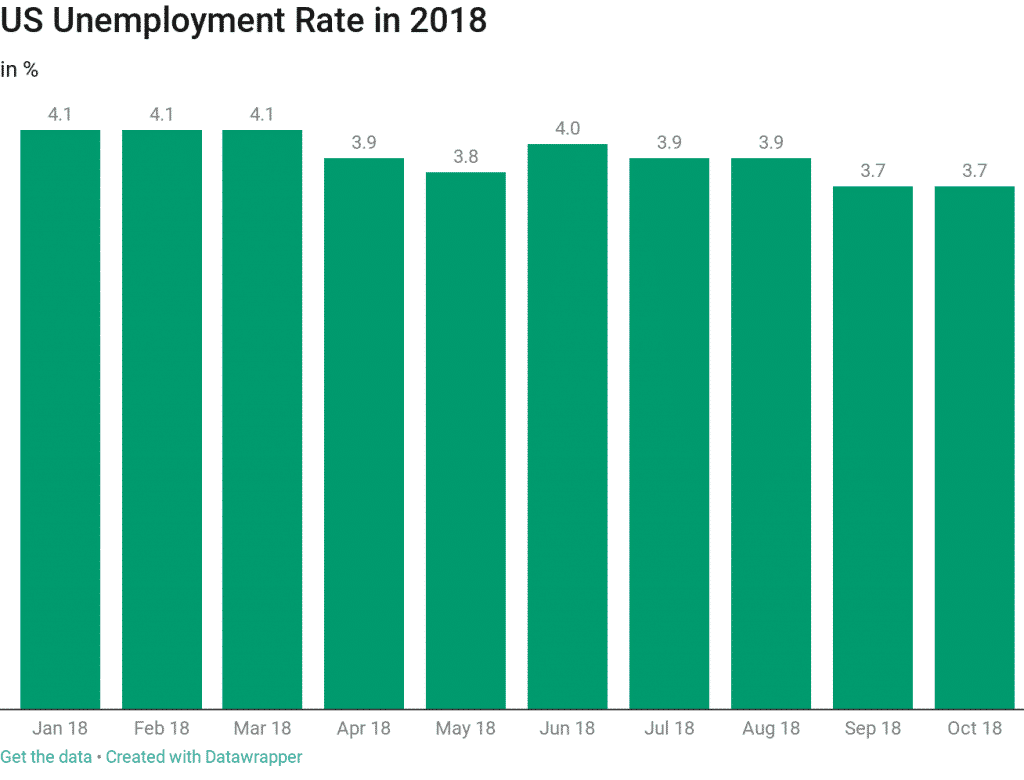 All eyes on the announcement on Friday.

US Jobs Numbers Are In

The Buraeu of Labor Statistics have released the latest jobs report for September. Let’s take a look at the latest numbers. The total non-farm payroll employment increased by 155,000 the U.S. Bureau of Labor Statistics reported today below the forecast of 198,000. Biggest job gains were in health care, in manufacturing, and in transportation a...

What Has Moved The Markets So Far This Week?

December started on a positive note, though it was short-lived. During the G20 meeting, there was more optimism in the financial markets than the m...