What to expect from the European Central Bank this Thursday? 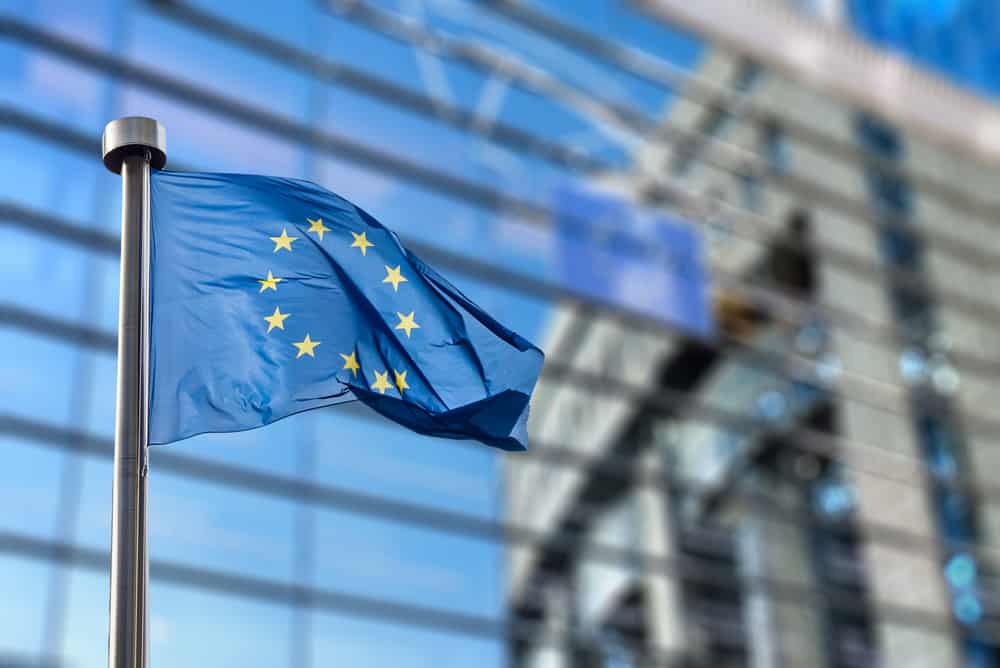 The European Central Bank (ECB) is set to announce its interest rate policy this Thursday. Market participants are widely expecting the rate to remain on hold, but most importantly, the “language” and the “tone” of the statement will be closely watched.

It is unlikely that there will be any surprises from the ECB policy meeting and they are expected to maintain the current guidance about ending bond purchases and keeping rates on hold. 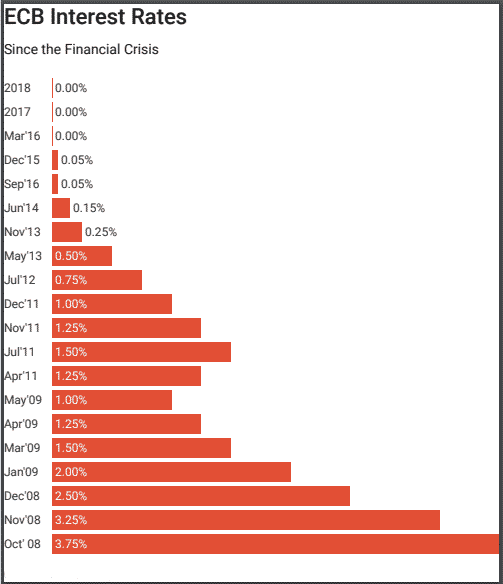 Despite being mostly uneventful, it should stay on the Euro traders radar as policymakers have been slightly more hawkish on the underlying inflation pressures recently and some have even highlighted the possibility of bringing forward the timing of the first rate hike.

The growing uncertainty around the Italian budget and fiscal position will be the main significant issue that investors will be keen to watch. This week, the European Commission officially rejected Italy’s budget proposal. The proposal of the deficit is definitely below the 3% EU deficit ceiling, but the EU was hoping that Italy will curb its massive debt given that they are the second largest public government debt pile in Europe after the Greeks. The debt to equity ratio in Italy currently stands at 131.81% of its GDP, and market participants are concerned on the country’s ability to repay its debt. European leaders have ramped up pressure on Italy over its public spending plans and gave unprecedented warnings. 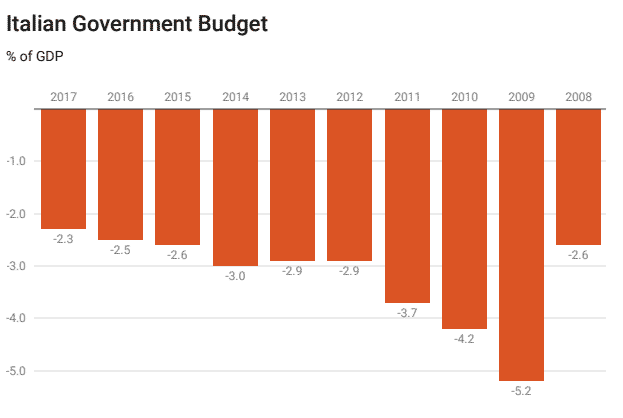 All eyes will, therefore, be on the President Draghi’s comments on Italy’s budget woes to gauge the thoughts on the developments in Italy and the possible effects it may have on the Eurozone economy.

Investors will also closely watch how the ECB is balancing the “external” risks that have become more prominent over the coming months:

Creating New Monthly Highs Yesterday gold reached a three-month high of $1,239.68 which, as we head into the final quarter of 2018, is once again stirring up price speculation and talk of a change in directional bias. While the fundamental aspects appear to be related to hiccups in global stock markets, we'll focus on the technicals for clues as t...

The Psychological effect behind the Stock Markets’ Most Volatile Month. Generally, the volatility in October has been well-above average, and ...